After Ying Wa College relocated, The Church Of Christ In China Mongkok Church took over the entire building and opened a primary school in 1963 and a kindergarten in 1968. In 1996, in view of the increasingly dilapidated state of the buildings, the church decided to rebuild. The kindergarten, which by that time had been in operation for 28 years, was closed.

After construction of the new premises was completed in March 2002, it was registered with the Education Bureau for the opening of the “CCC Mongkok Church Jeannette Kindergarten” at the original site. 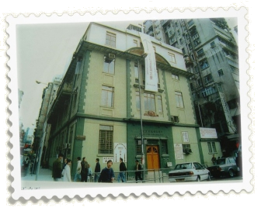